The pilot was implemented in a course called ¨Research Methodology & Design¨ given in the programme of Bachelor´s in Commerce. This programme was selected as it already existed on the LMS and was designed in a learner-centred and competence-based format. In addition, the lecturers giving this course were skilful and early adopters. The pilot was incorporated in this course as a part of the programme through linking it to one of the activities already present which involves selecting curricular evidence.

The programme and pilot were given fully online. Originally, the pilot was planned to be done in a blended format. Learners were supposed to have a face-to-face orientation meeting, work online, and then have several online and face-to-face formative evaluation meetings, and a final evaluation. However, due to COVID-19, all activities took place online.

Makerere selected and trained four teachers who comply with all teacher-selection recommendations for the EPICA project. However, due to Covid19, the number was decreased to two as the university was closed so the professors were not totally available. These two teachers attended the Open Days which also involved the coordination team, university administrators, learners, and employers. The lecturers at Makerere showed a high level of commitment and motivation through the project.

Makerere chose to pilot the three common skills agreed by all partners: communication and interpersonal skill, teamwork, and problem solving.

Regarding students, prior to the pandemic, Makerere expected to have 280 students but once the university was closed, the number decreased to thirty. The Makerere coordination team selected and contacted these thirty students based on their online performance during the academic course and introduced them to the project. These thirty students filled in the consent form and had a meeting with the coordination team to summarise the ePortfolio process through Zoom. Throughout the meeting, the purpose of the ePortfolio which is to choose wisely the evidence to be assessed by the teacher and showcase their employability skills to employers was clarified to students. Throughout the ePortfolio process, students learnt to select relevant evidence, articulate their skills for teachers and present them in job interviews. Five employers were finally taking part in the process.

The following testimonials from Makerere users of the ePortfolio show the big success and high impact that the pilot had in their personal and future professional lives.

My name is Nakanwagi Sylvia, I basically want to base my success story on the articulation and showcasing of my skills. This was a great opportunity provided to me. I was able to speak out my skills through providing evidence that I truly possessed the needed skills for example I had certificates that really show that I had the skills. The coordinators did a great job of providing data so as to enable me to upload my evidence for evaluation. At first it was a little bit challenging, but I was able to learn how to do it myself, so EPICA pilot study taught me how to attempt activities online and to attempt them within the provided time.This was a great chance according to me because I was able to relate the skills I had to the study provided thus realizing that I can use these skills in the business world. I never knew I would be among the successful participants in this project. But cooperation with the coordinators helped me complete the project. Great appreciation goes to the people who brought this project. It has been so enjoyable and educational. 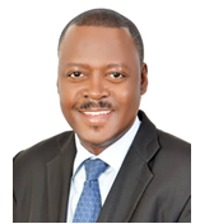 participation in the EPICA project has greatly improved my pedagogy and my facilitation skills. Prior to my participation in the project, I did not know how to incorporate articulation of employability skills in my facilitation and lecturing activities and advise learners to do the same. I can now incorporate articulation of employability skills in the assignments and tasks. My module design skills have also greatly improved. By incorporating the articulation of skills in the curriculum, the EPICA project has enabled me to develop and apply transformative pedagogy and imaginal learning, which are very important and noticeable pedagogical innovations. I am able to set activities that enhance the learner’s competencies and also allow the learner to showcase the same. The assignments I give are no longer tied to content and memory only, but also to developing and articulating several other skills that are needed in the work environment. Learners too were desirous of getting a practical approach to showcasing their skills, responding to interview questions and being relevant in the job market. By using the EPICA ePortfolio, learners have an avenue of showcasing their skills prior to joining the job market. Thanks to the EPICA project that has enabled me to become a better lecturer, our learners are more employable and Makerere University to excel.

It has been nice working with you, and as an employer of

Namayingo guest hotel, I would like to thank you for selecting my company and giving me the chance to take part in the study. I am honoured. I have shared different experiences from the different students, and I believe with the employability skills showcased by the students they can make good workers because they have the required skills needed at the workplace and may contribute to their career. The evaluation of the students has also helped follow the STAR method approach in my company that analyses the situation, task, action and result in all that I do. It has been a good and inspiring study to the students, in a way that it has given room to the learners to build their employability skills in communication and interpersonal skills, teamwork and problem solving skills and with this, I believe the students can be in position to prepare for the job market and can be equipped with the necessary skills needed in the job market.